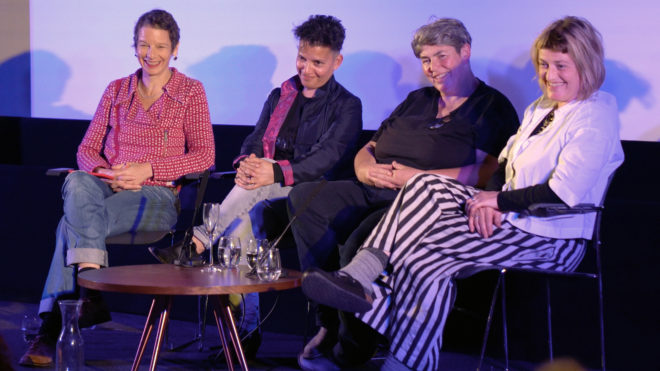 Dead Good had its first official festival screening to the public on November 13th as part of Cinecity Film Festival at the delightful multi-award winning Depot cinema in Lewes (it truly is a fabulous new cinema, community based and high technical spec for its 3 screens). We are so proud that not only did our screening sell out a week before the screening date, but we came runner-up in the audience award… considering the quality of films that were screening at the festival (including ‘The Favourite’ and ‘Sorry to Bother You’ we are really, really chuffed!) A Q&A followed the screening with director, and 2 participants from the doc, hosted by Depot Director Carmen Slijpen. There were tears and laughter from the audience and afterwards many stayed to discuss the affect of the doc on them as part of a Death Café as well as general chatting at the bar. One audience member who had travelled from North London to see Dead Good said he had never before seen strangers talking to each other so emotionally and openly after a film screening. Bring it on. Dead Good‘s purpose is to open up the conversation about death by sharing stories of how we as a society can be much more involved in looking after our dead. Photograph ©Alexa Clarke-Kent