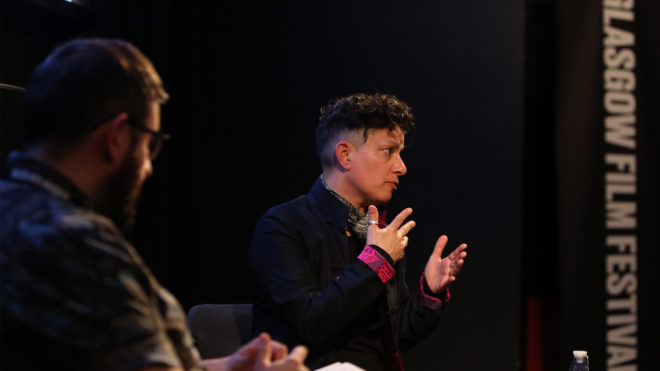 Our second film festival trip took us to Glasgow for two screenings – with the first screening just three seats short of a sell-out and only 2 people had to leave before the Q&A started, so again, it seems to us that audiences are really keen to open up the conversation about the ritual of care after death… Chris Kumar, one of the Glasgow Film festival programmers, led the Q&A and we had a great conversation, the audience were fantastic, lots of questions and many more in the bar afterwards! Met some wonderful people, including Scott Kyle and Fraser Murdoch, two amazing men, actor and filmmaker respectively, who spoke on camera about the film and have created a buzz on twitter about it too… for that we are truly grateful. Thanks to Glasgow Film Festival not only for our screenings, but some amazing events – I went to many panel discussions and have made some new friends… delightful trip. Photograph ©Stuart Crawford