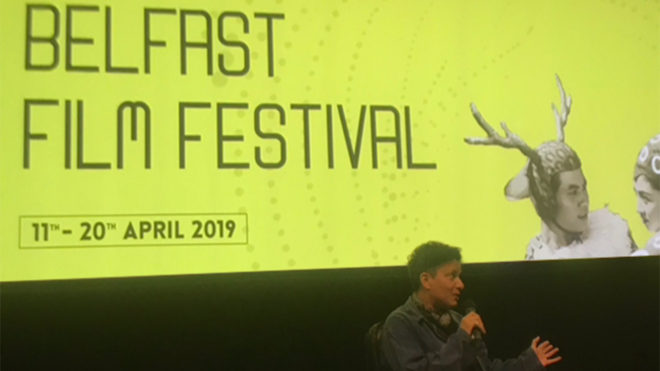 Our final UK film festival trip before our little cinema release in May took us to Belfast Film Festival over the Easter weekend. The festival team had been so attentive and accommodating as they planned our trip, but the day we arrived and met the whole team in their offices was the day after the murder of Lyra McKee – a good friend of many of the festival staff. It is testament to their resilience and professionalism that they continued all their hard work to make the festival such a huge success. We were so well looked after from the moment of arrival to our Q&A screening. We had such a thought-provoking Q&A with the audience, all of who stayed, who made clear that the film really resonated. They understood it and shared stories of their experiences too. It was an emotional experience and we are so grateful to the whole team, but especially to Stuart Sloan who hosted the inspiring Q&A, Stephen Hackett for inviting us to the festival and Michele Devlin and Mark Cousins for their support and downright brilliance (particularly at the closing night party…)